I'm going to take a quick detour from my Vegan MoFo theme and do a review of this amazing Earth Balance stuff that I won - yes, WON! - from VeganMoFo.com. So, I'm just putting it out there that I wasn't given this stuff specifically to review, and nobody asked me to review it. I am reviewing it because I thought it would be a nice thing to do since I won it. Did I mention that I won it?! Seriously, though, I only won it because MoFo is a time of magic, when unicorns whinny outside my kitchen window and pixies poop jellybeans into my morning coffee.
I love you, MoFo! Thanks for the giveaway and the awesome prize! And, mucho thanks to Earth Balance for supplying and shipping it - oh, and for inventing it too! I bet I eat my weight every year in organic Earth Balance butter, a substance for which I will always be grateful to you. Love the stuff.


That top picture,yeah that one with all the goodies, is what came in a rather beat up box to my modest home in Fort Worth, TX, on a hot summer day earlier this week. I was tired from work and grouchy from the heat. Cracking open a homely and unassuming box to find pure treasure inside was such a delight! 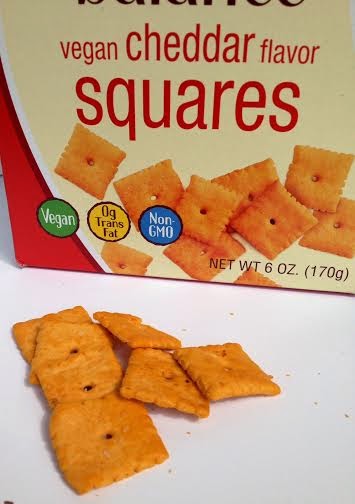 Oh my goodness, these are so yummy! They are light and buttery. The "cheese" flavor doesn't come through very strongly on the first bite - it's more of an aftertaste. But I didn't mind. These were really tasty. I had to stop myself from gorging on them. And today, when I got home from work, I was really looking forward to having another handful only to find that my husband and daughter had eaten the whole box! Grrrrrrr. 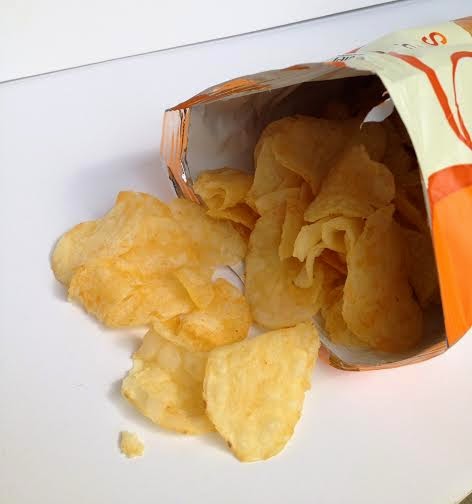 I'm gonna be honest. This was my least favorite offering from the box of goodies. The chips themselves are cooked perfectly - flaky and crunchy, and kind of oily, exactly like a good kettle chip should be. But the "cheddar" flavor is a bit off-putting. It's very strong, and it's not at all like traditional cheese. It has that weird whang of Daiya cheddar in it. If you've ever eaten Daiya you probably know what I mean. It's good, but it doesn't taste a thing like cheese. And it leaves an oily aftertaste in your mouth. To the chips' credit, though, I liked them enough to down the whole bag at work today. I let some of my coworkers try them too, to mixed reviews. I think this is a 'like it' or 'hate it' kind of treat. Some liked it, others hated it. My husband was one of the haters, but he also hates Daiya. I don't mind Daiya so much, if it's used on the right dishes. And I didn't mind these so much either, but I don't think I will buy more unless they are on deep clearance. 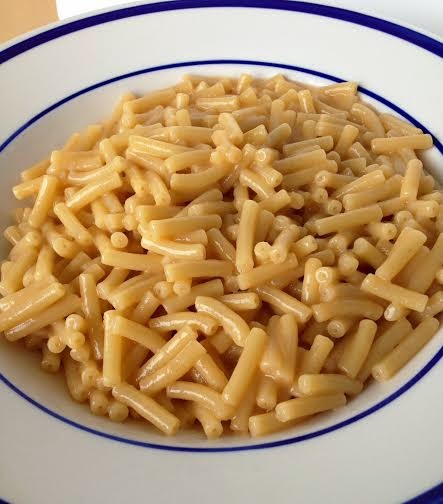 It is absolutely amazing how much this looks like standard Kraft mac and cheese. It's a dead ringer! The flavor is nice, but it isn't going to fool anyone. It's amazing to behold, though - it's the closest I've ever seen to the boxed mac and cheese in vegan form. Like the kettle chips, it has a little whang of that Daiya-type aftertaste, and a slight acidity that I'm unaccustomed to in mac and cheese. But, if you don't go into it expecting it to taste exactly like the mac and cheese of your youth, and just go with it for what it is, you will be pleasantly surprised. My six-year-old daughter, who is a very picky eater, ate 2/3 of the bowl you see in the photo, so that right there is a vote of confidence. I think we will be buying this again, depending on the price. Take my advice and sprinkle a little nooch and freshly-ground black pepper on the top. It cuts the tiny sting of acidity you get (it's almost like a slight vinegar taste) and makes this totally snarf-able. My only complaint is that one box doesn't make very much. That bowl you see in the photo is the entire box! The bowl I used is just a standard-sized rimmed soup bowl that will comfortably hold one regular can of soup. The nutrition label purports to contain two and a half servings, but unless you are feeding tiny gnomes, you're hardly going to get two and a half servings out of it. 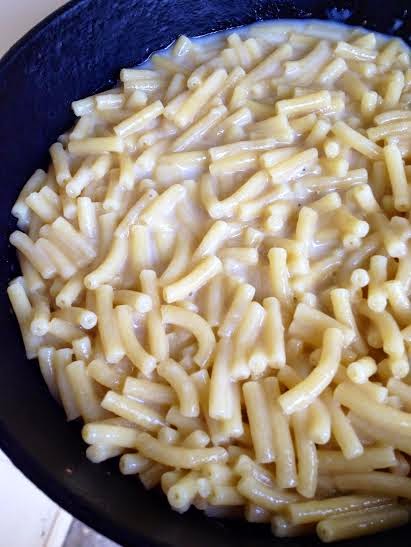 This box of mac and cheese was a vast improvement over the orange cheddar one. The flavor was much more smooth, less acidic. I really liked it and so did my daughter. This is the flavor we will likely be buying on a regular basis. The nooch and black pepper on top (not pictured) is good on this as well, but not 100% necessary. It tastes good all by itself. Thumbs up! Again, though, it didn't make very much. It's really just one serving unless you're eating it alongside other foods. But who the heck does that?? When I make mac and cheese it's because I'm too lazy to really cook, and the mac and cheese is all I eat. This happens more often than I care to admit... *sigh*

Altogether, my family and I thoroughly enjoyed this sample box of goodies and I'm so grateful I had the opportunity to try all of this wonderful stuff!

P.S. Earth Balance, I have one request - please offer the white cheddar mac and cheese in a gluten free option and I will be your best customer. Seriously, I will eat it every day! Thanks!

hoooo wheee! Lucky you! What an awesome selection of goodies to win. I have a box of that white cheddar mac n cheese in my cupboard, but I still haven't tried it. I loved your reviews! Also, I Loved that you included a picture of the dad with the leg lamp from "A Christmas Story" - my husband always says "frageeeelay, it must be Italian!"

I was feeling bad I didn't try the chips, but now I feel more confident in my decision! I love the mac and cheese, still need to do a blind taste test of the white cheddar and regular at the same time as I couldn't tell the difference!

Congrats on the win - it sounds like you *really* needed that little bit on sunshine in your life right now! LOL

As for the goodies, I was really hoping you were going to say the crackers were horrible. My son used to eat Cheeze Its like crazy until he went vegan a year ago, and I was so glad when I heard these existed, but nobody around here sells them. One vendor on Amazon has them for $13 a box! Talk about highway robbery!

Mac and Cheese - for years I've been buying the cheeze powder from Road's End's web site and their mac and chreeze by the case from Amazon. My son says it tastes just like the store-brand dairy ones which tasted just as good as Kraft. Still more expensive than making from scratch, but when the kid has the munchies when he gets in after a late night college class he's not gonna drag out a blender to make nooch sauce like your Awesome Sauce.