A Little Love from the Bakery 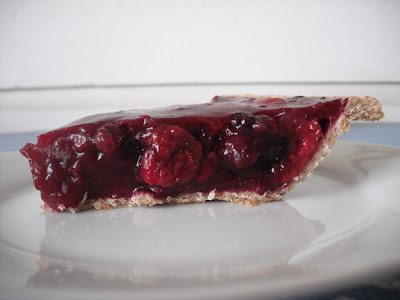 This pie is so easy, just mildly tart and delicious, it will probably get gobbled up in one sitting. But, that's okay because you can make another one! No biggie.

First, buy or make a pie crust. The one I buy is perfect, if you can find it. It's from the Wholly Wholesome Baked Goods company. It's whole wheat, vegan, trans fat free and really wonderful. It won Fifth Place in Good Housekeeping Magazine's Pie Crust Taste Test (the traditional Wholly Wholesome crust won First!) and First Place in the Epicurious Whole Wheat Pie Crust Taste Test. It comes two crusts to a pack and costs three bucks and some change. You seriously can't beat it. I was not paid or bribed to say any of this, I swear. I just really love this crust!
But, regardless of whether you find this crust or not, have a favorite of your own, or prefer to make one yourself, go ahead and have your crust baked up and ready to go before you start the filling. Now, on to the recipe...

Vegan Pie in the Sky

Vegan Cupcakes Take Over the World 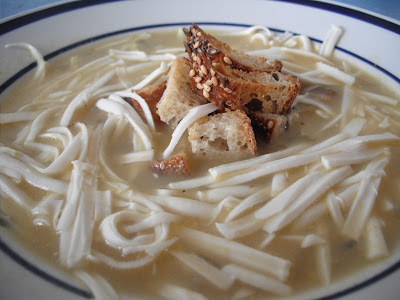 This soup is so perfect for a cold winter day. While I ate it, my daughter kept coming by the table and plucking the croutons out of it. She'd stick one in her mouth and run back to Yo Gabba Gabba on the TV. When she was finished with one crouton, she'd come back for another. Great stuff! Here's the recipe...

The Vegan Slow Cooker: Simply Set It and Go

Forks Over Knives - The Cookbook 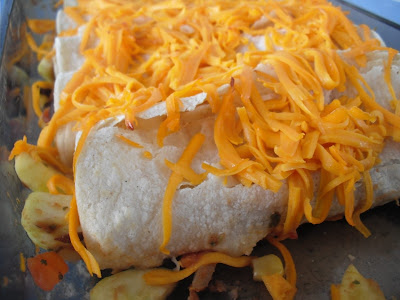 I love enchiladas, and before I became vegan I often indulged in the cheesy, gooey tastiness of the family enchilada dinner from a restaurant called Pulido's just down the street. Since turning vegan it's one of only a very few things that I miss, and I have yet to find a great substitute. So, I am experimenting on my own, looking for a way to make healthy vegan enchiladas that satisfy my Mexican food cravings.

This first experiment was based strictly upon what I happened to have on hand in the kitchen. I didn't have anything to make a sauce from, and I really missed having it, but I managed to turn out some fresh and yummy enchiladas anyway. In future experiments I might try adding soy crumbles or refried beans, or maybe even avocados (if they ever go down in price, ugh...) and I definitely want to try it with sauce. Perhaps a tomatillo or red sauce of some sort. I'll be sure to post all future experiments here for you to try too! Eventually, I know I shall achieve vegan enchilada perfection. *flexes muscles* But, in the meantime, enjoy Part 1 of The Enchilada Experiment... 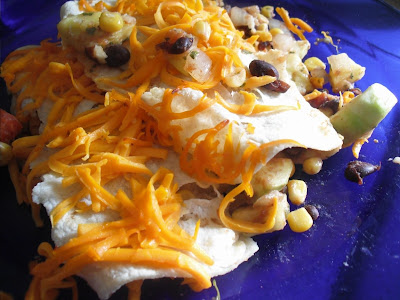 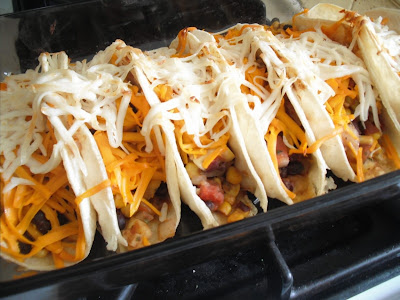 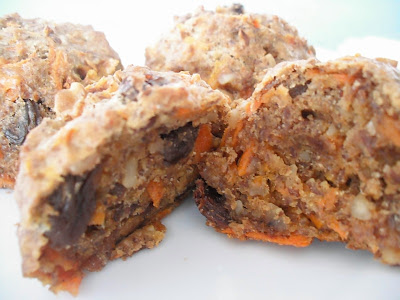 These are super-duper healthy and tasty good. I only used 1/4 cup of maple syrup to sweeten, so they're refined sugar-free and, thank to the flax seed, full of fiber and omega 3's. I adapted this recipe from one I found in my Quick and Easy Vegan Comfort Food cookbook and I'm so glad I did! The whole family loved them - my daughter kept shoving a bite into her mouth and then running out of the room. I take that as a toddler thumbs up! Here's my adapted recipe...

The Joy of Vegan Baking 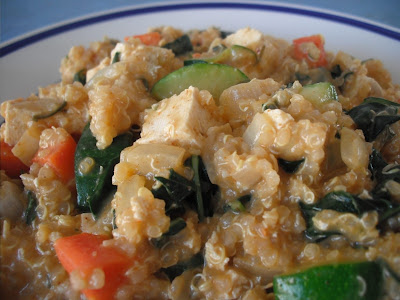 That's fun to say, huh? Coconut. Curry. Quinoa. Coconut Curry Quinoa. Now five times fast!
This dish is so easy, amazingly healthy and delicious in the extreme. Give it a try. You'll love it! 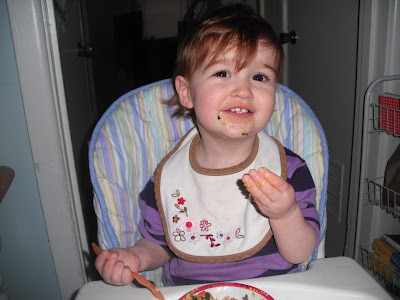 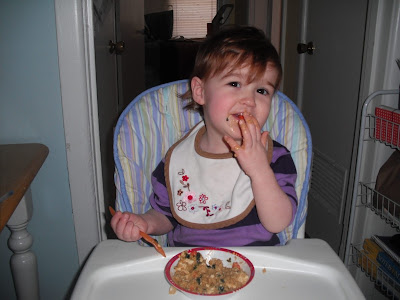 So good you don't need a spoon. Just use your hands!


*Bankrupt Vegan Tip: I've noticed the little one pound bag of quinoa that Target sells runs at almost $12. WOW! That's expensive. But my local health food store sells organic quinoa in bulk for only $4.49 per pound. Nutritional yeast is a lot cheaper in bulk too. If you haven't already, I suggest you look around in your town for a health food store that supplies dry goods in bulk (most of them do). You will save a ton of money! 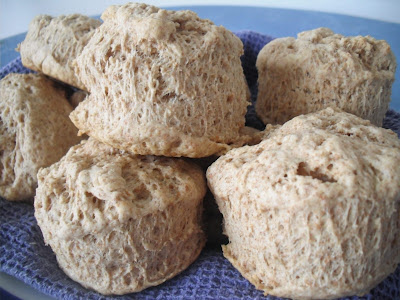 My husband, Jason, is the bread man. He loves fresh bread more than just about any other food, and he loves experimenting with bread recipes.

Here he is modeling some French "bro"guettes he made last week... 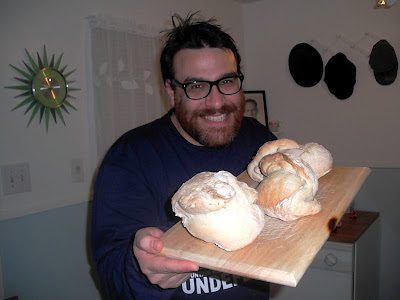 They're shaped weird because our oven is small, but trust me they were awesome!

Jason's "Bro"scuits are super easy and crazy-tasty. The current recipe is still being partially made with white flour, but when we run out of the white stuff he's going to start experimenting with healthier, whole grain alternatives. When he finds a winner, I'll post the "Bro"scuit Redux recipe for you. 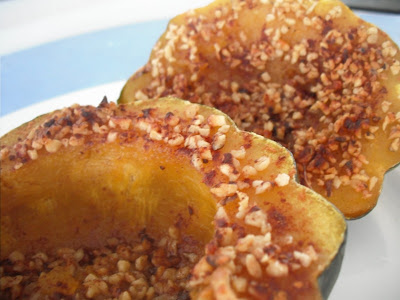 Remember the six acorn squash I picked up at the salvage grocery for only 29 cents a pound last week? Well, here's what I did with them, and they were delicious! 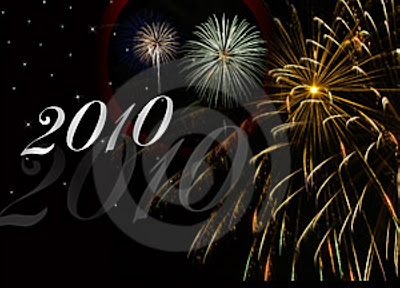 I've made a lot of resolutions this year, both personal and family-related (meaning my husband and I thought of them together and they concern our whole family) and, naturally, quite a few of my resolutions concern food. Since this is a food blog, I won't bore you with the details of the non-food related resolutions, but I thought I should include you in those concerning food as they will obviously affect the types of recipes I will be posting. Here's what we're looking at for the coming year... 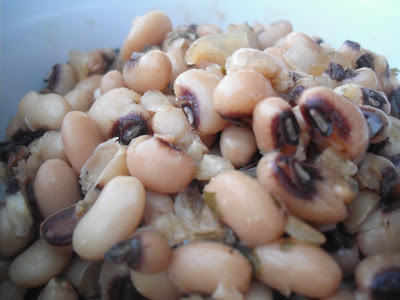 Well, I know that's quite a handful of foodie resolutions, but they are all very doable and are going to lend to my ultimate goal of getting healthier, feeling better, and teaching my daughter how to live simply. So, they're totally worth it! In the meantime, here's my simple recipe for Classic Black-Eyed Peas. Ya gotta eat your black-eyed peas on New Year's Day for luck!